The Top 7 Social Media Marketing Trends That Will Dominate 2014 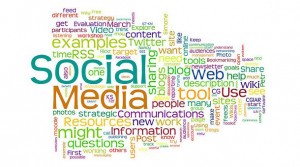 With new social networking platforms appearing from behind every corner, it can be hard to know exactly where to commit your time and resources. And as we move into the latter-half of 2013, it’s important to look ahead to where social networking is going, and how we can get on board.

As I think about the trends in social media so far this year, I’ve compiled a list of my predictions as to where we’re headed as we inch towards 2014.

1. Investment in Social Media Will Become a Necessity, Not a Luxury

While I’d argue that investing time and resources into a social media strategy is most definitely a necessity in 2013, I believe the tipping point in public sentiment from ‘should have’ to ‘must have’ will occur in 2014.

Businesses are already coming to terms with the need to integrate their social media efforts with their content strategy, and are seeing the impact of social media in terms of lead generation, referral traffic, and revenue.

The benefits of social media are many, but they include: