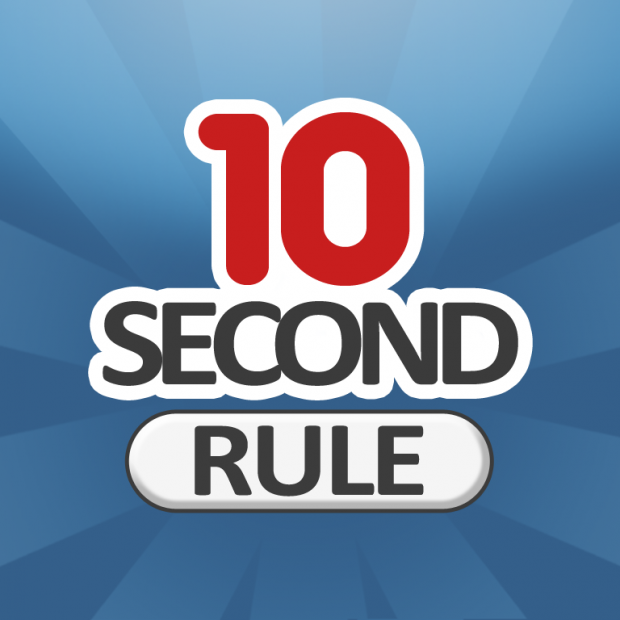 This fits the environment we are in so perfectly - not just work but personally too.

Far too often we start talking or replying to an email without pausing for thought. And that pause makes a massive difference. Do you start with where the person left off? are there some other pieces to address? What do you want to accomplish with your reply?

The problem is communication is hard. Sometimes people don't understand the message we want to communicate. Sometimes we do a bad job of expressing what we mean. In many cases, the way we communicate is directly affected by our perception of our position in a relationship. Also, how we feel about the person we're talking with, and our opinion about the conversation.

Often those variables combine to make it more difficult than it needs to be to communicate effectively, especially when there is a disagreement or emotions start to rise. In those cases, the 10-second rule can dramatically change any conversation.

It's quite simple: In any conversation during which the temperature has started to rise, wait 10 seconds before you respond. That's it. Just stop. Don't respond immediately. Instead, wait and give yourself a moment to be intentional in your response, instead of emotional. It isn't magic, but you might be surprised at how well it works. Here's what I mean.  It freezes the crazy cycle.

The crazy cycle is what happens when we are offended or frustrated and respond negatively to get another person to change. They, in turn, are frustrated and offended and respond negatively. The whole thing can escalate quickly, and suddenly you're not communicating, you're in combat. I first heard the cycle described this way by Dr. Emerson Eggerichs, who regularly speaks about relationships and has written several books on the language of love and respect, but I think it applies to almost every conversation--especially those we have at work.

By taking 10 seconds to stop and collect your thoughts and emotions before you respond, you freeze the crazy cycle in place and have an opportunity to respond differently from how you might have otherwise. Sometimes taking a few deep breaths is all you need.

As you take 10 seconds, something interesting happens. The other person in the conversation is also removed from the cycle. The temporary pause is disarming.

In many cases it will be completely unexpected. The usual response to criticism is defensive. When people feel offended, they tend to hit back. That’s what people expect, and it fuels the crazy cycle.

On the other hand, when you stop feeding a negative reaction into the cycle, the other person also has time to collect their thoughts and reflect on your reaction. That means you can have a conversation instead of fighting.

Finally, if you pause before responding, you can refocus on the people you’re communicating with, not just the topic. When communicating with your team, it’s helpful to remember that you’re all trying to accomplish the same mission. Even if you passionately disagree on a topic, you can go a long way by reminding yourself that you’re on the same side.

Even if you discover you’re not on the same side, you’ll be much better equipped to coach your team if you take a deep breath and think about your response rather than do it emotionally out of frustration. Either way, the goal should be to recalibrate your conversation so you’re talking to a person, not just responding to their position.